October it´s here and also the new relases for Netflix, for now we start with all the information about the Netflix Originals that will come this month , make sure to get back later as we will be posting new information of new movies and Tv Shows coming to Netflix on October 2016

The title of Ava DuVernay’s extraordinary and galvanizing documentary refers to the 13th Amendment to the Constitution, which reads “Neither slavery nor involuntary servitude, except as a punishment for crime whereof the party shall have been duly convicted, shall exist within the United States.” The progression from that second qualifying clause to the horrors of mass criminalization and the sprawling American prison industry is laid out by DuVernay with bracing lucidity. With a potent mixture of archival footage and testimony from a dazzling array of activists, politicians, historians, and formerly incarcerated women and men, DuVernay creates a work of grand historical synthesis.

Mascots is a new comedy from Christopher Guest, director of Waiting for Guffman and Best in Show. Starring many of his regular troupe of actors, this latest film takes place in the ultra-competitive world of sports mascots where they compete for the most prestigious award in their field, the Gold Fluffy.

Based on the character created by Colleen Ballinger-Evans, Haters Back Off delves into the oddball family life of Miranda Sings, an incredibly confident, totally untalented star on the rise who continues to fail upward by the power of her belief that she was born famous, it’s just no one knows it yet.

In a back alley of a busy district sits a small eatery called Meshiya, referred to by its patrons as the Midnight Diner. The little joint, which the Master runs by himself, is open only from midnight to 7:00 AM. The menu consists only of a pork miso soup set, beer, saké and shochu, but the Master’s policy is to make whatever his customers request. Tonight, like every other night, a menagerie of customers flock to the Midnight Diner, where the bonds among the Master, his food and the patrons set the stage for humorous and sometimes wistful episodes of human drama that feed both the belly and the soul.

Black Mirror is an anthology series that taps into our collective unease with the modern world, with each stand-alone episode a sharp, suspenseful tale exploring themes of contemporary techno-paranoia. Without questioning it, technology has transformed all aspects of our lives; in every home; on every desk; in every palm – a plasma screen; a monitor; a Smartphone – a Black Mirror reflecting our 21st Century existence back at us. The series is created and written by Charlie Brooker, and executive produced by Brooker and Annabel Jones.

Werner Herzog and volcanologist Clive Oppenheimer embark upon a global journey exploring some of the world’s most mythical volcanoes in Indonesia, Ethiopia, Iceland and North Korea. Speaking with scientists and indigenous peoples alike, they seek to understand the complex and deeply rooted relationship between mankind and one of nature’s greatest wonders. Produced by Werner Herzog Film and Spring Films, Into the Inferno artfully blends reportage, history and philosophy into a riveting cinematic experienc 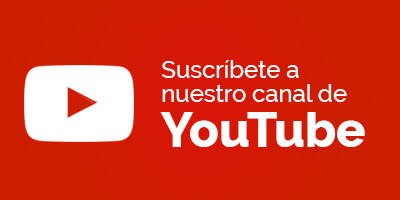